We played an awesome gig last Independence Day. Our host Howard was pleased with our work that he invited us to perform at a Make A Wish Foundation Charity Gig that he was hosting at his house. We played for about an hour and then they had some speakers from the Make A Wish Foundation speak. Then there was a powerful testimonial from a father whose son had a head tumour and about how the organization made that child's wish come true; to meet his favorite baseball team. (Red Sox I think). Then we played for another hour and a half. They had some yummy Venezuelan food catered. Overall it was a fantastic gig. We look forward to playing for Howard again.

Here's a few snapshots from the event, and some videos: 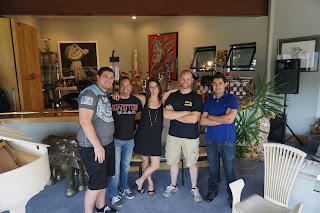 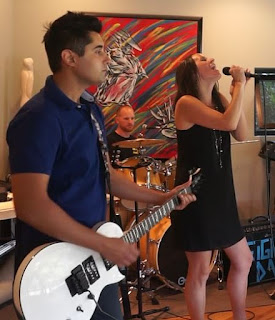 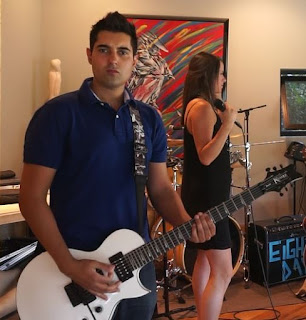 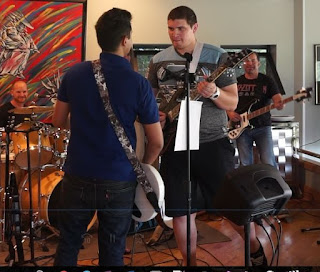 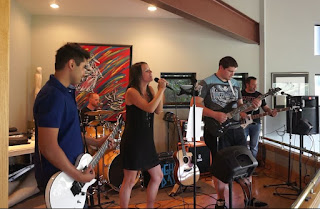 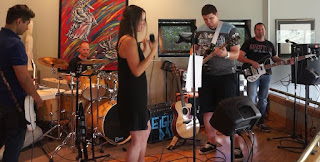 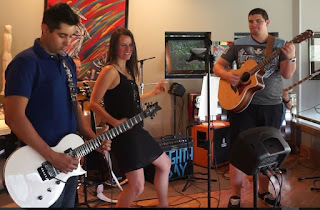 We were contacted in late May to play a gig for an Independence Day party up in Park City. While we were expanding our set list to be 32 songs long, about 3 hours, this gig required us to prepare 4 hours of music. While it was a lot of work, we were up to the challenge and now have a setlist of 44 songs. It was especially challenging, because summer is a busy time. Aaron had National Guard Drill, I was still recovering from brain surgery and couldn't do much for a while, and others had vacation. The secret was to practice individually, A LOT, and to make in-person practice really count. We played up at a house in Park City, that was perched on top of a mountain, that had a glorious view of the whole city, and of the beautiful natural landscape that surrounded it. The house was yuuuge and it had many windows to enjoy the view. There was a drink bar, a chef who made BBQ food and crepes, and two Sushi chefs who made some of the best Sushi that I've ever eaten. The host was very hospitable towards us, he let us eat when we had breaks, and bring a spouse or significant other. The ambiance of the party was very positive; people were socializing, having fun, and dancing. The best part was watching the city fireworks show down below. The bottle rockets bursted at our eye level. It was unlike anything I've ever seen. We did our very best at this gig, and we nailed it! Our sound tight, we had charisma, and our levels were well mixed, and at an appropriate volume for the event. (Sometimes we like to really crank it during band practice!) Needless to say, the only thing better than showing up to a gig prepared, is having a great execution. Our host was very pleased with our performance. He flattered us by saying that he has hired 10 rock bands previously to his house parties, and we were his favorite. He gave us a great review on our GigSalad page.

I hired Eight Day without hearing them for a fourth of July party. They were perfect. Great sound , great songs and right on with volume Etc. In fact so good I will hire them again. I highly recommend you use them for your adult party!!!

So we can't wait to play at his next event. View more photos on our Facebook.

We had a great #independenceDay gig last night! It was a blast. The house was so high up the mountain, that we could see the city #fireworks at eye level! It was awesome. The BBQ and Sushi didn't hurt either. :) #rock #band #murica #4thofjuly #parkcity #utah
A photo posted by Eighth Day (@eighth_day_slc) on Jul 5, 2016 at 2:37pm PDT