South Jordan Battle of the Bands Meet and Greet Show 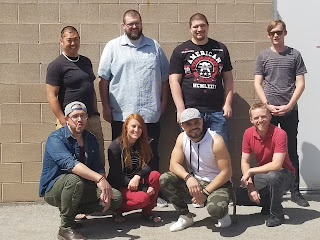 We were one of 8 bands selected to compete in South Jordan's Battle of the Bands, which will be part of their Summerfest celebration. Today we had a friendly meet and greet concert at the MusicGarage, where each artist showcased two songs. Everyone in Eighth Day was super busy this weekend and nobody but me (Daryl) was able to make it. The show must go on, so I asked my cousin Eric Hughes and his friend Jake to perform with me. I play drums with them sometimes and thought it would be perfect. Check out some of Eric's original stuff: https://soundcloud.com/eric-james-hughes/

We called oursevles "Underpaid". All of the bands were super cool and talented and it was a pleasure to perform with them. Here's the two songs that we performed: 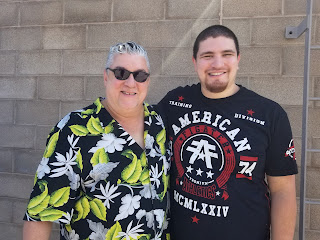 MusicGarage is an after school program for youth, founded by Steve Auerbach. Steve and I go way back, when he first landed in SLC, he was the first director of the SLC School of Rock, and I was part of the first production 13 years ago. We did Pink Floyd's "The Wall".

Remember to support us at the June 3, at the SoJo Summerfest Battle of the Bands! If we win, we'll get $500!
http://www.sjc.utah.gov/event/sojo-summerfest-battle-of-the-bands/?instance_id=155
Posted by Unknown at 10:13 PM