We were contacted last week to play at a Wedding Reception last week. The groom is the one who contacted us, we were a surprise for his bride-to-be. She loves the genre that we play. After we played, a DJ came on and played Latino Dance Music. The crowd was awesome, people were dancing, singing along, and cheering us on. The colors were Navy Blue and Pink. The food was delicious.  We played in the front yard, which was unusual, but it was huge, and the neighbors were far apart. We wish the best to Hyrum and Anna!

Hopefully we'll get more photos from the wedding photographers! Here's some photos that we took: (Tried to get more of Mark and Aaron this time) 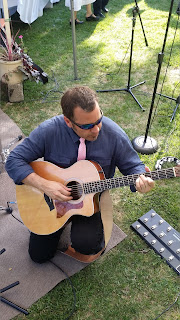 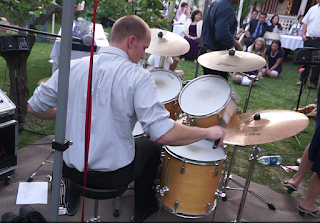 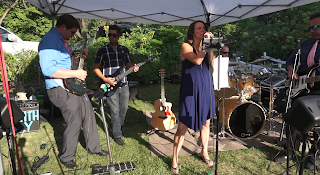 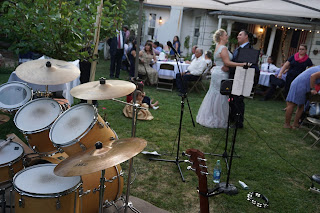 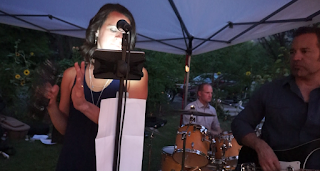