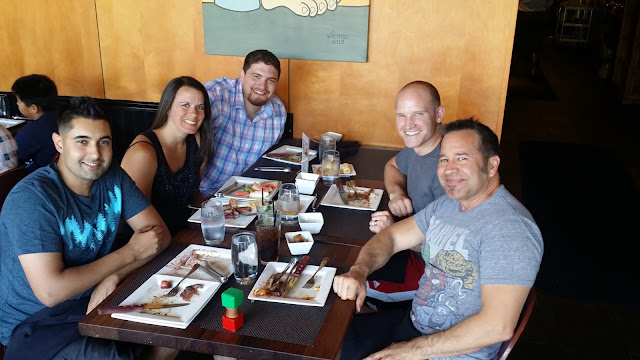 In the past two weeks, we've played a concert, shot a music video, and did a live stream concert. Now we're finally ready to send off Nate to Arkansas. We've been so busy lately, that the reality of his departure didn't seem real until last night. We went out to eat at Rodizio Grill in Trolley Square. He was worried that there wouldn't be any Brazillian steakhouses (churrascarias) in his new home. We talked about all the good times that we've had, all the awesome things that we've done, and wished Nate all the luck in his new adventure. We all agreed that we might be able to get another guitarist in our band, but we won't be able to get another Nate.

Be sure to check out our latest release of live cover videos!