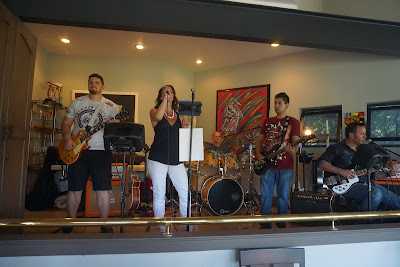 We played at an Independence Day party last year at a private party, in Park City. It was really the gig that kick started our band. Prior to that, we only had about 1 hour of cover song material. We had to learn 3 hours worth of songs. Howard, the host really made us feel special; like we were guests of honor. He loved us so much, that he invited us to play at charity event that he had later that month, and he wanted us to play at his Independence Day party, the following year. We graciously accepted. He left us a glowing 5-star review and kept telling us how we were his favorite party band. That was such a confidence booster, and has helped us feel like and act like a professional band. 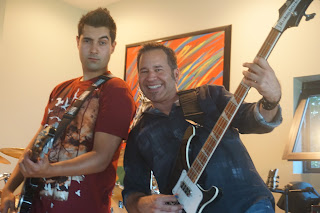 We played again this year, and it was awesome as usual. One of the party guests remembered us and some of the songs we played and was really to see us again. The food was great, the people were awesome, and the fireworks were spectacular. We got a solid lead for another gig!

This was Nate's last gig with us. He moves out this weekend. It's going to be sad, and we're going to miss him! We're going to be taking a break while we audition a new guitarist, and get them up to speed. We'll be booking again in September.

Taking an intermission with my band at this party to enjoy the fireworks. Since we're up the mountain, you can see them at eye level! #eighthdayslc
A post shared by Daryl Bennett (@dben41) on Jul 4, 2017 at 9:01pm PDT